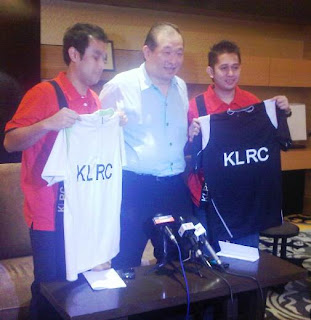 The duo left the national stable on Aug 20.

KLRC director Andrew Kam had earlier hosted members of the Press and guests to a Hari Raya do at the same venue. Present were Badminton Association of Malaysia high performance director James Selvaraj and former doubles expert Razif Sidek.

Many began to ponder if Razif and James could also be part of the KLRC family.

After a lengthy discussion about investing in gold, I asked Andrew of KLRC's role and it being seen as a threat to the national stable.

It is no secret clubs in this country are often seen as "competition" by the regulatory body as evident in football.

To that Andrew said;

"Our role is to complement (BAM). If people want to think otherwise, then I can't do much."
HD says: BAM or KLRC, the players are playing for Malaysia.