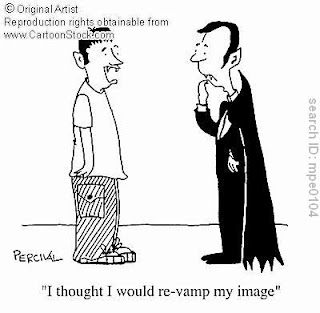 Sometimes revamps work. But when it is done too often, you lose focus.

The Malay Mail is said to be undergoing a revamp - yet again. From an afternoon daily then it went morning, then it went back to afternoon and now the management wants to push it to the morning.

MSL Sdn Bhd, who supposedly run the M-League, are also talking about revamps. From introducing foreigners to axing foreign footballers to now discussing the possibility of bringing back the imports, etc etc etc.

Much thought and studies should be placed before speaking of changes.

Studies mean going to the ground and speaking to the people that actually matter about what should be changed and left behind.

A revamp doesn't mean changing the name to create an illusion. It's about having substance.

I'm talking about MSL by the way.

Annuar Musa said MSL may be revamped again. Good to hear but please put much thought into it before introducing changes sir.

I've seen too many revamps that hardly work - and those who introduce it never stay in office for long.

Revamps should be done with much thought and not for the sake of changing.

HD says: Revamp is the word of the year.
Annuar Musa MSL Sdn Bhd revamp The Malay Mail The Sun