Rexy will "sleep in Malaysia" 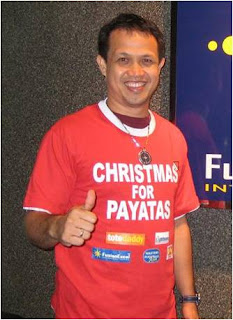 And he was in a cheerful mood after the coaching and training committee meeting yesterday - as reported here.

But some see it as a 'demotion' as reported here. Perhaps Rexy could change the mindset of certain quarters that the women's and mixed doubles teams are equally important as the men's events.

James Selvaraj, meanwhile, will continue serving as the high performance director on a voluntary basis until a suitable candidate is hired on a full time basis - hopefully by the end of the year.

What about Razif Sidek who was seen coaching at Juara Stadium recently?

Apparently he was told not to make his presence felt at the courts - politely. SS Dhaliwal believes such was done as BAM is afraid of its own shadow as seen here.