The tale of Mr Bata 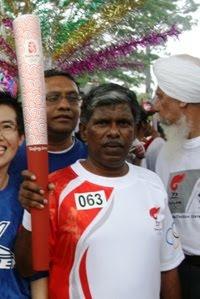 Some claim he craves the limelight. Those who know him better say is a nice bubbly chap.

The fact remains, James Selvaraj (pic) is a rather well decorated former national shuttler in the 70s.

Many would know him better as Mr Bata. Today he also serves as the BA of Malaysia high performance director - but not for long though.

It looks like James is equally eager to see the outcome of the coaching and training meeting on Thursday. If favourable, he would know what to tell Bata at the end of the year.

Otherwise, he will brace for another year or two of working life at the shoe manufacturing company.

James didn't need to talk much as his body language said it all here.