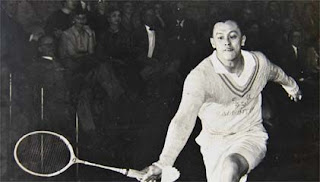 A French production team was eager to run a series on sportsmen in Asia earlier this year. Malaysia was naturally part of the list.
I was asked by a local production company to help gather a list of current and former legends and we were then suppose to trim the list down to 10 best sportsmen Malaysia ever had.
David Choong was part of the initial list. We were supposed to call him and Eddy to gather more information about life as a shuttler then. Sadly, the project didn't take off.
It saddens me that I never got a chance to sit down and speak to David about his life as a shuttler. The former All-England doubles champion passed away in his home in Tajung Tokong, Penang earlier this morning.
He was 82.
David together with his younger brother Eddy Choong, captured the All-England men's doubles titles in 1951, 1952, and 1953. They were also finalists in 1954, 1955, and 1957. This was reported in The Star today.
Foul! would like to express our sincere condolences to the Choong family. Rest in peace David.
HD says: Another one bites the dust.
badminton david choong