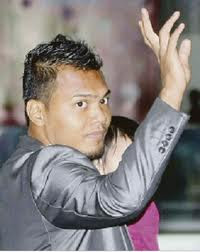 I remember covering Safee Sali (pic) extensively during his early days with Selangor. I was fixated over him that my colleagues poked fun each time I wrote an article about him. I knew he'd go far, and Safee didn't disappoint.

While this is being written, Safee is probably still in the plane as he heads to UK for a two-week trial with Cardiff City.

In between meeting some individuals at lunch yesterday and members of the Press before leaving the country (11.30pm, KLIA), Safee spared some time as we had a quick chat about his stint there.

Safee is still in the state of shock as he recaps the moment he was told about the stint. He shares his emotions as published in today's Mailsport.