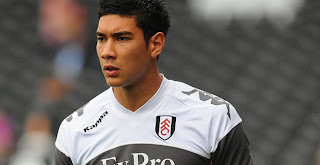 Don't be surprised. Even national coach K.Rajagobal did not discount the possibility.

Beware of the Filipinos - said Rajagobal as pubished in today's Mailsport.

After all, the Philippines were the semifinalists of the 2010 edition.

"Have you seen Thailand play lately? I was amazed and thanked my lucky stars they weren't playing such a brand of football at the previous AFF Cup," admitted Rajagobal.

Also, Rajagobal stressed - yet again - that his target remains qualifying for the 2015 Asian Cup.

"I am not making up excuses. We will know where the team stands by next year. I know when to leave and if I have failed, I will leave."
HD says: It will be an exciting tournament come year end.
aff suzuki cup 2012 football K.Rajagobal