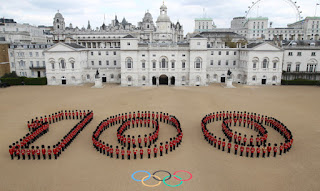 Members of the Olympic Council of Malaysia (with the exception of OCM secretary Sieh Kok Chi who is abroad) and National Sports Council will gather together with the athletes at NSC later this evening for the 100-day countdown to the London Olympics.
We have 16 athletes who have already booked their spots with another 16 to 20 more who will be able to qualify before the Summer Games start in July.
While the nation suffered a hiccup when the hockey team failed to qualify, we were indeed surprised to see national fencer Yu Peng Kean making the cut.
Ahead of the 100-day countdown today, I spoke to NSC's elite director Ariffin Ghani on the preparation of our national athletes and he said - in a nutshell - it's All Systems Go.
"Personally, we should be able to do better than in Beijing. We should be getting more medals than we did at the last Games."
HD says: The theme song for our national contingent should be London Calling, by The Clash.
ariffin ghani National Sports Council Olympic Council of Malaysia yu peng kean