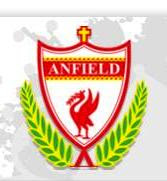 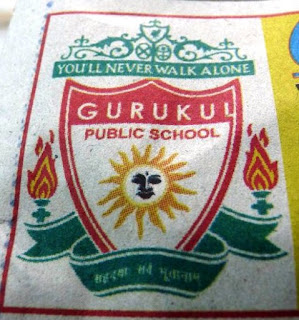 Let's ditch the serious stuff and talk about Liverpool. It's either you love them or you hate them.

There are many stories about Liverpool and the term YNWA.

Rumour has it that once upon a time a fan was bloody bored watching Liverpool play that he wrote to the club saying their performance was nothing but a big fat YAWN. Being a typical bloke from Liverpool, he misspelt the word as YNWA instead.

Then someone told me YNWA means You'll Never Win Again.

Before I get hate mails (but I trust Liverpool fans are rather civilised compared to other devilish fans), the above stories are not true.

But what I do know is that Liverpool is creating an impact around the globe - by brainwashing the younger generation (sic). Don't play play.

The picture on the right is the crest for a school (Gurukul Public School) in India while the logo on the left is from a kindergarten in Hong Kong. Don't be surprised if a new school in Kampung Boyan, Taiping could have a similar badge.

This, my friends, is what you call the Liverpool invasion.

HD says: To my friends who are strong Liverpool supporters, jangan marah ye. I fancy Perak and Spurs and both teams are quite frustrating so I understand your predicament. Hehe.
hong kong india Liverpool