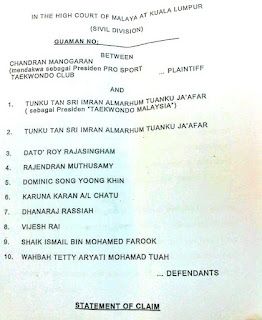 If you think national taekwondo fiasco is over, think again.

Here's hoping for better days in the national takewondo scene.