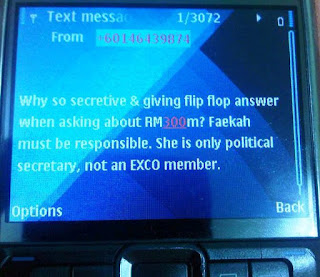 The General Election is around the corner.

And it looks like political figures are desperately fishing for votes to a certain extent that it is turning into a scary affair.

Within a span of 30 minutes, an acquaintance, received two of such SMS-es from an unknown number.

"Why so secretive & giving flip flop answer when asking about RM300m? Faekah must be responsible. She is only political secretary, not an EXCO member."

The other - which certainly raised eyebrows - stated; 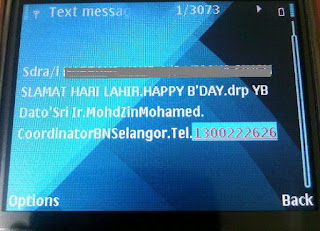 Presumably, these individuals have obtained such information including one's date of birth and phone number from telecommunications company.

The person who obtained this message has never worked with the government service or was ever involved and / or had any dealings with any political parties.