Should Malaysia host the 2017 Sea Games? 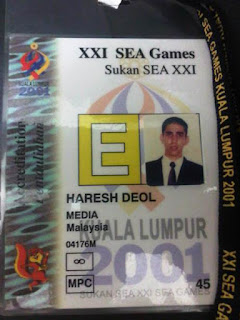 Many still believe we are good at being hosts.

Perhaps they are right as we tend to be gracious - overly gracious especially when it comes to funds - when given the task to organise events.

The 1998 Commonwealth Games in KL was a sight to behold. Yet it took more than a decade to finally close the accounts and left several facilities in poor conditions.

Almost RM300 million was spent on the recently concluded Malaysia Games in Pahang. Despite the huge budget, there was a food poisoning incident and other episodes which caught the attention of Pahang prince Tengku Abdullah Sultan Ahmad Shah as reported by Bernama.

But there are those who praised the Sukma as seen in a Harian Metro report.

Now the SEA Games Federation has given Malaysia the opportunity to host the 2017 regional Games if no other country bids to host it.

The last time we hosted the SEA Games was in 2001 - when I was still a stringer with The Malay Mail then and skipped two weeks of classes to get a taste of the action which was later 'marred' by the Sept 11 attacks on the World Trade Center.

Should we play host to such Games? How much money will be spent? And who will really benefit from it?

Banter with me. I'm sure your guess is as good as mine.