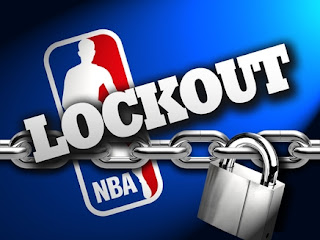 The National Basketball Association (NBA) in the USA is facing a lockout as legal suits are being filed in the courts.

For the uninitiated, this article by Bettor.com states:

The lockout began on July 1st due to the expiration of the old Collective Bargaining Agreement or CBA. NBA owners and NBA Commissioner David Stern want to make sweeping changes in the new CBA, but the players are vehemently opposing them.

The National Basketball Players Association (NBPA) filed a complaint against the league on the charge of negotiating in bad faith and the league itself recently sued the union in a federal court.

Professional set ups include players having the right to voice out. It also mean athletes have the right to decide on the terms and agreements of their contracts. There is a union.

In Malaysia, it's totally different. Athletes behave naively and allow officials - who are merely administrators - to dictate their lives.

So if such a situation did happen, let's say in our M-League. If there were to be a union representing footballers and the players are disgruntled - especially when wages are not paid on time - we could be looking at a lockout of the M-League for a whole season.

But will our athletes ever grow up?

An article published by Yahoo! Sports says it best;

The players know what's at stake and recognize that they're the most valuable assets in this equation. Without them, the owners will have to look for other professional sports organizations to overthrow.

HD says: It's time athletes fight for their rights and not be bullied around.