Still a universe away 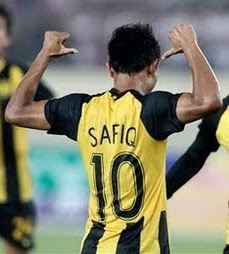 Harsh it may sound, that's the reality.

And sadly, it's us journalists who have to play 'Mr Negative' as certain quarters often get carried away too quickly.

Our fans should stop having false hopes when a Malaysian tycoon buys over a giant club in Europe. It is purely for business and nothing else.

Some question why such high flying individuals cannot invest in our local teams.

But let's ponder - what is the return of investment for pumping in millions into our local clubs or state teams?