What's the real story with Selangor? 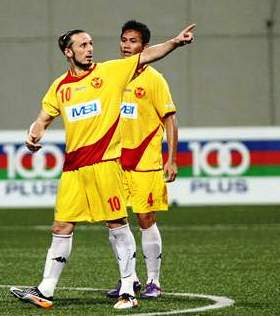 It hasn't exactly been a rosy start for the Red Giants.

From 11 matches, the Klang Valley team have only won four.

It's quite demoralising for a team that is supposedly referred to as the big boys of Malaysian football.

They lack the fangs upfront. Good build up, many chances but fail to convert it into goals - something Irfan acknowledges.

Some say Irfan was blessed with good players during his time in Terengganu and that made his job easier last season. This season, his real coaching capabilities are being tested and he hasn't scored big time yet.

But there are others who said that Irfan cannot be blamed - as just like K.Devan last season - Selangor lack a quality striker.

Bosko Balaban? He is getting there...hopefully...I think.

For now it is back to the basics for Irfan and Co. But how long will that last? And is Irfan's job at stake?