When loyalty does not pay 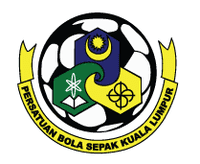 KLFA have been given several advertising boards in major streets in KL to generate income. It would be interesting if KLFA could reveal the exact numbers received from the outdoor advertising.

KLFA also boasts an academy. That too can generate income if it is managed well.
But KLFA have made no effort to engage with their fans. It is the supporters who have been creating Facebook pages to share information about the city side. The official KLFA website has not been updated as the latest news is of their match against UiTM on March 29.
The team were plagued with allegations of match-fixing, prompting supporters to hold up banners that screamed “Fan 0 Bookies 5” at Cheras Stadium in May. This led to their sole sponsor to pull out.
KLFA have 19 executive members. How many have contributed to the team? Do any of them now have a game plan?
KLFA can continue to beg for sympathy or get their act together by taking football seriously. The ball is at your feet, KLFA.

Read 'When loyalty does not pay' in Mailsport today.