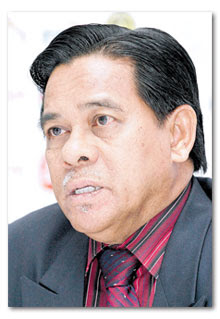 First they protested against the ticket price of the Malaysia Cup final.

Fans of the Turtles are fuming with anger after coach Irfan Bakti left Terengganu for Selangor. They blame Irfan's departure on Che Mat as reported in today's NST.

Was Irfan really unhappy with Terengganu FA? Or was it a case where Selangor were offering bigger bucks?

After all, players and coaches leaving are part and parcel of football. Who would have thought Azraai Khor Abdullah's short stint with Negri Sembilan would pay off handsomely?

I've dealt with Che Mat in the past and found him to be a quick laid back and approachable person. However, that is just a personal opinion.

But if there is indeed a management crisis, then it will be interesting to unearth what it is all about.....