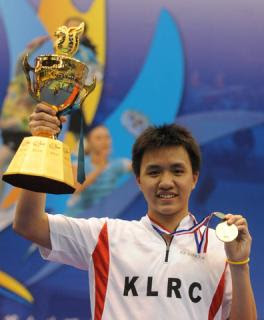 It was a great day for squash and badminton.

Joining Zulfadli on the podium were Nelson Wei Keat-Teo Ee Yi as they won the boys doubles title after defeating top seeds Huang Po Jui and Lin Chia Yu of Taiwan 21-17, 21-17 in another final.


So where do they go from here?

Before we get carried away, let's ensure the juniors enjoy proper guidance en route to molding them into world champions of the future.

We seem to do great at the age-group tournaments but fizzle out at the senior level..

Also, let's be mindful that other countries in the region are also catching up. Indonesia, a country which are still banking on their more seasoned shuttlers, had four entries in the final of the world junior meet as reported here. The Indonesians are progressing as well.

It doesn't matter if the players play for a club or are attached with the national stable. They should all be treated equally as they are playing for the nation.

And while badminton seem to have an optimistic future, what about squash? Still banking on Nicol alone?