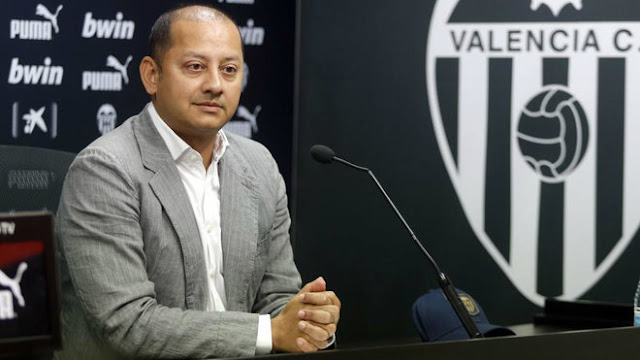 President Anil Murthy insisted the club owner Peter Lim has no plans to sell Valencia despite reports that a sale had been agreed with the Prince of Johor.

It follows on from a report in A Punt on Tuesday that said an agreement had been reached which would see control of the club moved away from Lim.

This was reported by Football Espana on March 2.

It was in response to what the Crown Prince of Johor Tunku Ismail Ibrahim had posted on his Instagram.

Perhaps we got the wrong Valencia ...

Oh well, it was fun while it lasted.