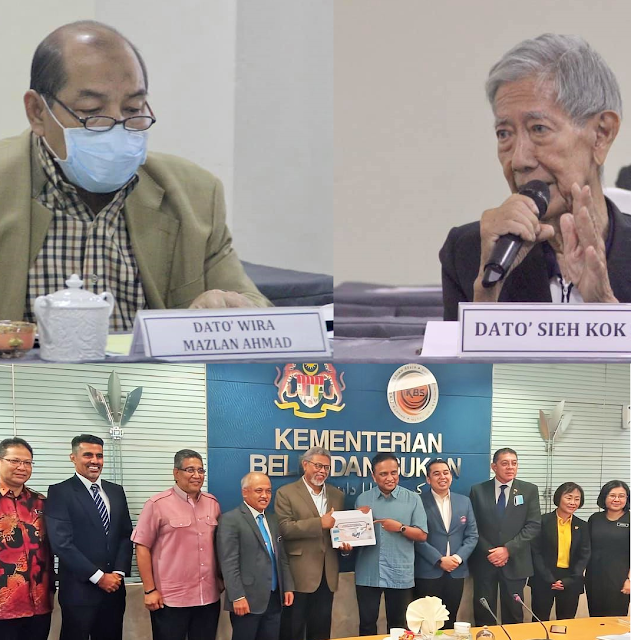 These two fine gentlemen need no introduction in the Malaysian sports scene.

Mazlan, who once served as the National Sports Council (NSC) director-general, was the driving force and the strategic thinker behind the Jaya'98 programme. He also played an instrumental role when Kuala Lumpur hosted the 2001 SEA Games.

Kok Chi on the other hand has been serving decades ago - representing the country in water polo and graduating to becoming OCM's long-serving secretary.

The respected duo are part of the selection committee for the upcoming 2021 SEA Games in Vietnam.

Not too long ago, another former NSC director-general, Datuk Dr Ramlan Aziz was tasked to lead the Podium Enhancement Task Force Panel. The musically-inclined Dr Ramlan was also the CEO of the National Sports Institute.

While the report has been given to the Youth and Sports Minister, the findings of the committee remain a top secret for reasons best known to those within Wisma KBS.

That aside, it's really nice to see veteran sports administrators actively playing a role in the local sports scene.

It is also good to see the right individuals being tasked with such responsibilities.

We've had people occupying key seats in the past but failed to make a lasting impression. It's best they remain forgotten.

To Mazlan, Kok Chi and Dr Ramlan - I salute you.