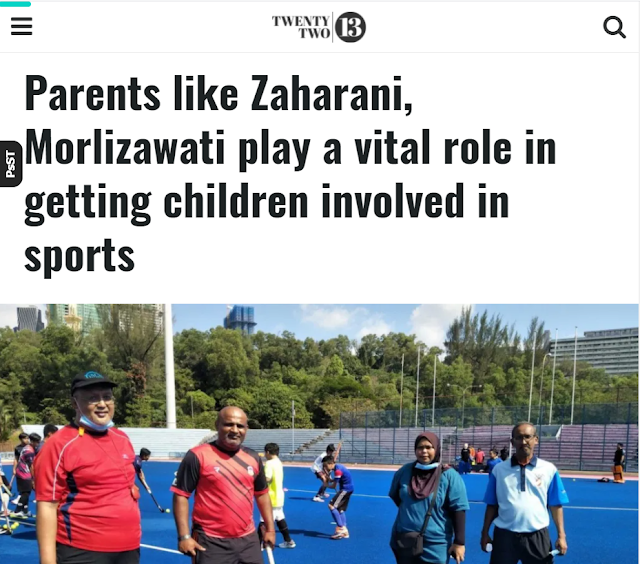 It's been awhile since I last stepped foot at the Tun Razak Hockey Stadium.
I remember covering the schools hockey during my early days as a journalist and later reporting about the hockey league matches at the stadium.
Over the weekend, I visited the stadium after learning that parents, Mohamad Zaharani Maulud, 54 and his wife, Morlizawati Ghazali, 44, have been training a group of school students hockey over the past few years.
They have been doing it for the love of the sport, and to ensure their three children continue to be active.
Zaharani and Morlizawati have not asked for a single sen from the trainees. They believe every child should be involved in some form of sporting activity as sports is the best place for children to learn life skills.
Read all about the fabulous couple in Twentytwo13.
To Zaharani and Morlizawati - I salute the both of you.
I hope more parents will be inspired to do the same.