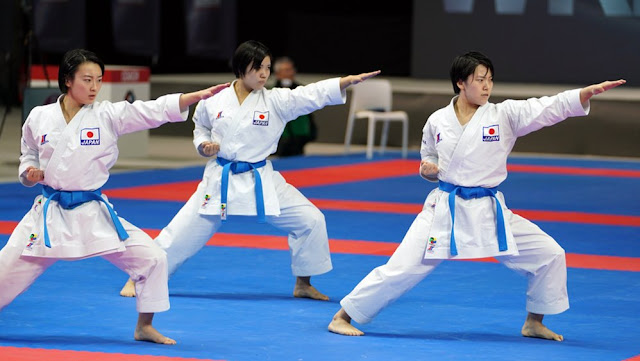 MCA did what the Malaysia Karate Federation (Makaf) has been struggling to do for the longest time ever - make karate "popular".

Even at the grassroots, taekwondo seem to be a more popular choice than karate. But I'm sure the karate folks will beg to differ and I hope they have the numbers to show.

Yesterday, Wanita MCA said it will be organising an online karate course for domestic abuse victims.

But certain quarters don't think it's a good idea.

“Karate is fun to watch on TV and exciting to learn as a form of self-defence – but Wanita MCA has totally missed the mark if they think that it will prevent domestic abuse.”

Read Karate is fun but no cure for domestic abuse, says DAP.

If you are into martial arts, you know nothing beats physical practice. Learning martial arts online does not work.

And such "excitement" for the martial arts has not been seen for a long time.

If Makaf has been heavily promoting the sport, it would have made karate "glamorous" and judging by its line of thought, be getting more funding from the National Sports Council (NSC).

After all, Makaf secretary Datuk Nur Azmi Ahmad recently said: “We see that NSC are more focused on glamour sports. As the stakeholder entrusted with allocation of funds, NSC should listen to our views and proposals and not decide on everything. If this is the case, then let them run the national sports bodies."

This was NSC's reply regarding Nur Azmi's outburst.

"Makaf alleged that NSC practises favouritism, and said our decisions on coaches are not inline with the planning and needs of Makaf's, including the number of coaches and their salary scale which is not the same as received by other associations. NSC would like to state here that these Makaf statements are far from the truth."

Here's a solution, Makaf. Go embark on a fund raising project with Wanita MCA. You will get to "glamourise" the sport, educate Wanita MCA what karate is all about and with the money raised, you don't need to rely on NSC.

Author's note: To those who suffer from domestic violence, please reach out to Women's Aid Organisation or the authorities. To all women out there, Happy International Women's Day in advance!