'Non athletes promoting sports online and not on fields. What has Malaysian sports become?' 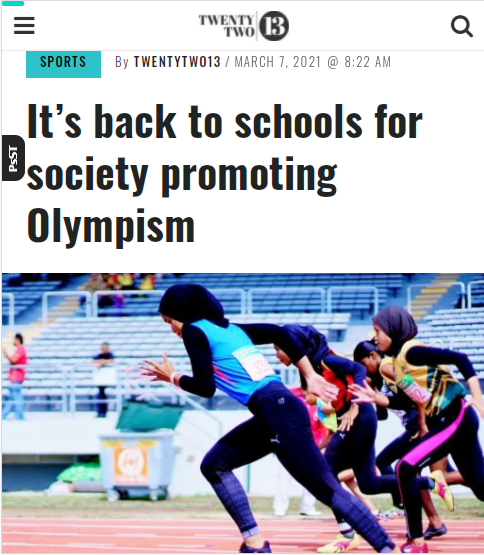 The headline is a summary of a message I received over the weekend.

I believe it has something to do with this article that was published on Twentytwo13 yesterday -  It’s back to schools for society promoting Olympism.

I replied, asking: Why aren't athletes giving back to the sport once they retire?

My arguement is that some of our ex-elite stars whine but don't seem to make an effort to give back to the sport once they retire. And when someone else, including non-athletes, tries to promote sports, these former athletes whine again.

So how do we really move forward?

I remember asking a "legendary" footballer once why isn't he going back to schools to inspire our youths?

His reply - he should be paid for doing so.

Now this is the same former footballer who goes around saying athletes his generation didn't play for money but for the love of the sport.

There are many ways to give back. Start by getting your neighbours and your community excited about sports.

This is just my views. I would love to hear from you too.