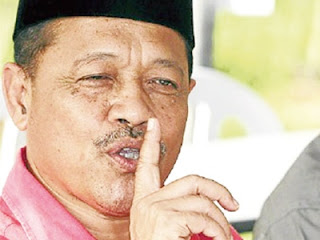 "Whether tomorrow's AGM is legal or otherwise is a decision for the Sports Commissioner's office to make.

"The Sports Commissioner's office will determine whether there were any flaws in the AGM. To me the procedures were followed, notice for the AGM was sent and notice for nominations was accepted and filled."

Those were the words of Malaysia Athletic Federation (MAF) president Shahidan Kassim.

Shahidan was certainly responding to allegations by Danyal Balagopal Abdullah, a contender for the top post, who claimed that the AGM was not valid because it contravened 8.7.1 of the MAF Constitution, as seen on this blog yesterday.

It seems that the MAF AGM has certainly lived up to its expectations of being a dramatic affair.

That aside, and I must clearly state that what is written below has no linkage, innuendo or connection to the writings above, Malaysian National Cycling Federation President Abu Samah Abdul Wahab was today awarded the International Cycling Union's (UCI) Order of Merit for his contributions to cycling in Asia.

Hopefully the award will further spur Abu Samah and his fellow members to strive harder and turn Malaysia into a cycling powerhouse in the future.

HD says: It's going to be an interesting weekend in the local athletics scene.
athletics malaysia athletic federation shahidan kassim