November 23, 2014
As published in today's Mailsport 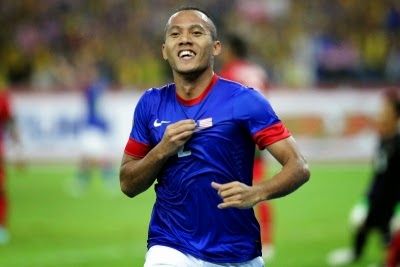 “We need a positive start. If we drop points it could cause us problem when we face Thailand and Singapore, who are the favourites to reach the semis,” said Mahali, who is aware  Malaysia lost their last two opening matches in the AFF Cup in 2010 and 2012.

“A win over be the perfect booster after poor results in our recent matches. It will ease some pressure as well."

Mahali would likely start at rightback as Dollah Salleh's preferred choice Aidil Zafuan Abdul Radzak was left out due to injuries.

Mahali also stressed they must not let the poor preparations affect them.

Harimau Malaya only have one win - 4-1 over lowly Cambodia - from five preparation matches since August.

“Our results in the friendlies were poor but we have moved on. We start on a clean slate. It's the same for all the teams," he said.

Meanwhile, defending champions and co-hosts Singapore are confident of topping Group B and retaining the AFF Cup.

The other teams in the group are Thailand, Malaysia and Mynamar.

"Thailand look like the best team but that means nothing to me. I am confident of winning," said Singapore coach Bernd Stange.

"We are ready to go and are well prepared. The expectations are high and we want to achieve our aims.

"I'm certain the crowd at National Stadium in Kallang will be supportive."

Singapore have a solid line-up in the central department - be it in attack or defence.

MYANMAR coach Radojko Avramovic, who has been coaching in this region since 2003, insists Malaysia could surprise everyone despite losing four of the last five matches.

"The win in 2012 is in the past. Malaysia are different and this side have more experience," said Avramovic, who led Singapore to a 3-0 victory over Malaysia two years ago en route to the title.
"It is difficult to say I know their game. It will be interesting.

"Our qualification wasn't so great but we are here to win all three matches. Realistically, we need to also see where we are compared to the other teams."

His counterpart Dollah Salleh said he expects Myanmar to be tough opponents after seeing them at the AFF Cup qualifying tournament in Laos last month.

"They are difficult to break down," said Dollah.

"I'm looking forward to testing myself against Radojko. I faintly remember a match during my playing days where we went up against his team (Oman Under-23). Now we are both on the touchline."

AFF decided the National Stadium in Kallang would not be used for pre-match training to preserve the pitch.

SINGAPORE - It is his third Asean Football Federation (AFF) Cup but it is a different ball game for central midfielder Safiq Rahim. 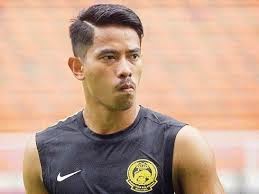 The 27-year-old skippered Malaysia in the last two editions with the team built around him. This time, he may not even start.

Though there are more senior players in the squad such as 35-year-old Shukor Adan and 33-year-old Indra Putra Mahayuddin, Safiq reckons he still has a role to play.

"The captaincy doesn't matter. It's part and parcel of football. Everything is based on performance," said Safiq.

"We need to have the confidence, stay focused and listen to the coach's instructions.
"I hope we get off to good start. Teamwork must be at optimum to reach our potential."
Many criticised Safiq's inclusion in 2012 due to his poor performance in the M-League with Selangor and he then failed to shine as Malaysia lost in the semifinals.

This time he comes in on a high having played a key role for Johor Darul Takzim as they won the Super League and finished runners-up in the Malaysia Cup earlier this month.

Safiq said he has recovered from a right knee injury but conceded it would be a tough fight to get into the line-up with Badhri Radzi, Gary Steven Robbat, Baddrol Bakhtiar and Hafiz Kamal ahead of him.

"But I will do all I can to get back into the starting line-up."