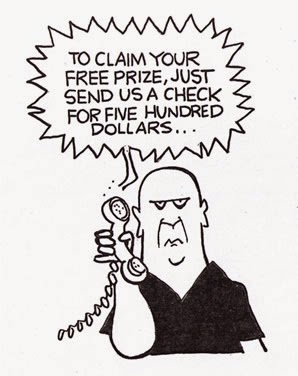 IT was a phone call she never expected to receive.
My neighbour slammed down the phone and ran out of the house. She looked dazed and confused as I greeted her.
“My son … my son!” she exclaimed.
I feared for the worst. Was her 14-year-old involved in an accident? Was he robbed?
“No, no. A man spoke to me in Mandarin on the phone. I could hear a boy crying in the background. He said my son is with him and I must pay RM10,000 if I want to see my son again.”
I couldn’t believe my ears. Having reported and read of kidnapping cases, never did I imagine I could be in the thick of a similar situation involving my neighbour’s child.
I got my mother Tina to console my neighbour as I rushed off to the tuition centre where she was supposed to have met him.
On reaching the centre I saw the familiar face of my neighbour’s son, much to my relief. I called my neighbour and told her it’s all good.
But he greeted me with a puzzled look.
After explaining what transpired, he too was relieved. We also had a hearty laugh as his tuition mates presumed I was the family driver.
This episode transpired some three years ago. It was when mothers took random phone calls from strangers telling them their young ones were in some kind of trouble and they had to cough up large sums, if they ever wanted to see their children again.
Such scams were prevalent in Malaysia and also in Singapore. It was reported by the Singapore press in April 2013 that Sim Hak Jin, 51, handed $5,000 (RM12,863) to fraudsters after receiving a call on his home phone. He heard someone like his 14-year-old son crying. His son was in fact safe in school.
Malay Mail, had in its front page yesterday, reported on 18 women from Selangor receiving calls with the caller ID of their sons or husbands, except that a so-called “narcotics police officer” was on the other end of the line.
A certain ‘Inspector Wong’ or ‘Inspector Faizal’ would tell the women that their son or husband had been arrested for drug-related offences and asked for money for their release. These women, who some may call gullible while others may say victimised, would drop-off the money at various locations – from garbage bins, phone booths to a Chinese temple.
While all this was going on, their husbands and sons were busy at work.
These fraudsters, now bold enough to pose as cops, used Voice Over Internet Protocol in their “vishing” scam, as the women lost a total of RM195,000.
There are also scams you receive over short messaging system or Whatsapp, luring you into con deals. Don’t forget the infamous “Can I be your friend?” or “You have just won a lottery” emails. Sadly, some still fall for such prank messages.
These scammers know where to hit and when they do, they leave their victims vulnerable. Many would go all out to do what it takes to ensure their loved ones are safe and this is another situation where people are willing to part with their money for assurance.
To eradicate such scams would be near impossible for there will always be unscrupulous individuals eager to earn a quick buck by employing scare tactics.
But it is indeed scary the ID of a particular person is able to appear on one’s mobile phone, without the person’s knowledge. This creates anxiety as calls can be made posing as another.
Telecommunication technology has grown rapidly over the past decade. It is open to so many possibilities, but compromising our privacy along the way.
Time will only tell if thieves would start hacking into our smartphones to gain access to our social media and contact list, to understand our lifestyle better before engineering their nasty moves.
And it could hit any one of us in a blink of an eye, leaving us stunned and poorer.
Telecommunication companies must assure consumers that personal details are kept private and confidential. But some parties make additional money by selling numbers, including those who write down your phone number in a diary before transferring credit to your phone instead of handing you a pre-paid
top up coupon.
It also shows one cannot take things for granted, even if the name of your ‘darling’ appears on your mobile phone screen.
The authorities can only do so much and the onus is on us to make sure we do not fall into the trap of such scams.
Stay vigilant at all times, even when ‘darling’ is on the other end of the line.

HARESH is executive editor of Malay Mail. He can be reached at haresh@mmail.com.my or on Twitter @HareshDeol
Haresh Says Malay Mail phone scams