How do you plant one million trees in ‘desert’? 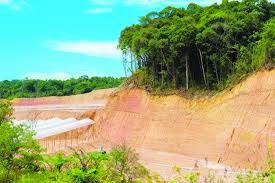 WELCOME to the (almost) weekly edition of “What are the people charged with keeping us safe doing?”

Natural Resources and Environment Minister Datuk Seri G. Palanivel tells us there’s nothing to worry about crushed Cameron Highlands, or so it seems.

He has an ambitious goal: to restore his bare Cameron Highlands constituency to the lush green state it was in.

Trouble is, the hills have been flattened and tree cover is dismal.

No one, including Palanivel, appears to know the extent of deforestation.

How could they when no one cared about corrupt environmental practices and are only now scrambling to find solutions.

The minister has suddenly become a good steward of the land and wants to plant one million trees to reforest degraded hillsides.

How he arrived at the figure of one million trees is beyond comprehension. Could as an environmentalist supposes: one million trees equate to possibly less than five per cent of the tree canopy left in the 712 sq km of Cameron Highlands, the size of Singapore.

Palanivel did not say what kind of trees the government intends to plant there.

Botanists and agronomists would need to labour with soil tests and other processes for a long time before they can determine if a mango tree sapling, for example, can be planted.

Thus, his announcement on Sunday about planting one million trees in the Cameron Highlands on hill slopes to reduce soil erosion and avoid landslides came across as a weak move to address the destruction of the major vegetable producer and tourist destination.

A few days earlier, he said at an international conference on enhancing biodiversity in Kota Kinabalu that the Sabah Forestry Department was planting trees as part of efforts to restore forests.

“We need to preserve forest areas, most of the forests in the two states (Sabah and Sarawak) as well as the peninsula are already gone,” he told reporters.

His statement seemed casual, even as forest watch groups reported that between 2000 and 2012, the world lost 230 million hectares of forest, the equivalent of 50 football fields of trees being cut down, every minute of every day.

The government did nothing when some 40ha of virgin forests in Pos Terisu, Cameron Highlands, were destroyed with the bulk of the damage spanning at least four valleys and hills.

Palanivel was on record last year saying water quality there had deteriorated and the risk of erosions and landslides had risen. Nothing was done.

He further went off track on Sunday when he declared there would be no more high-rise buildings, such as hotels or condominiums, in the Cameron Highlands.

There weren’t to be any, we are now told.

The Regional Environmental Awareness Cameron Highlands (Reach) president R. Ramakrishnan said land on the highlands was not designated for tourism and that Camerons became a tourist attraction because of its cool weather conditions.

Ramakrishnan said development there was illegal because temporary occupation licence (TOL) was frozen in 2007.

Palanivel’s discussion with nongovernmental organisations to discuss environmental issues involving the Cameron Highlands on Sunday apparently did not go down well.

If Cameron Highlands is to be saved, it shouldn’t be just the planned crackdown by the Malaysian Anti-Corruption Commission on the league of conspirators.

There must be forceful federal intervention on the serious damage to environment including water pollution, pesticide run-off, soil erosion and unchecked development.

None of us want to run on sand and look back in life with regrets.