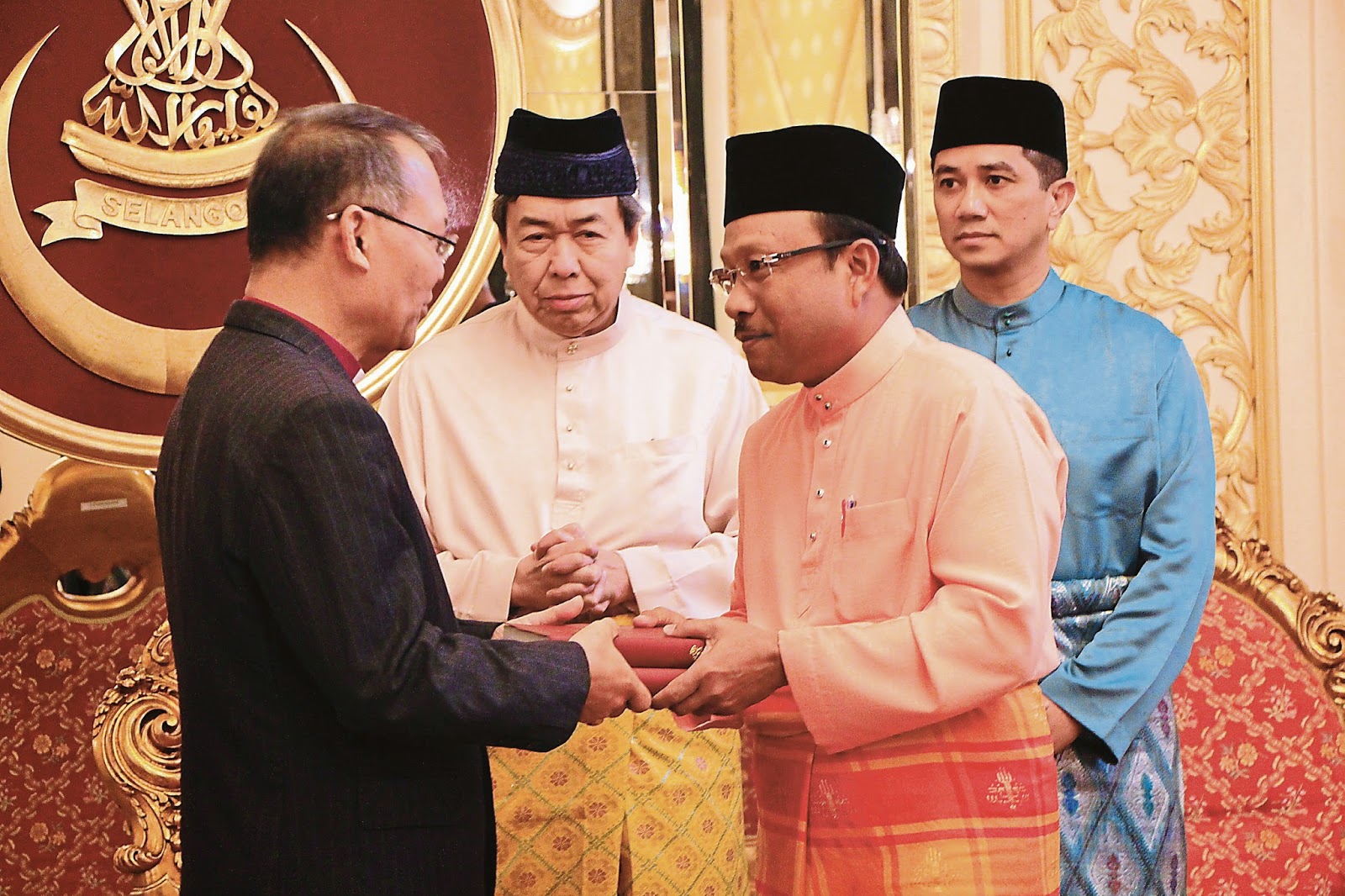 KLANG — The Selangor palace played an instrumental role in ensuring the return of 321 bibles seized from the Bible Society of Malaysia (BSM) during a raid by the Selangor Islamic Religious Department (Jais) on Jan 2, sources said.
Insiders, who were in the thick of the negotiations involving the palace, Jais, Selangor Islamic Religious Council (Mais) and Christian groups, said talks were held months earlier, even during Tan Sri Khalid Ibrahim's tenure as menteri besar but stalled because of the power struggle in the state.
Khalid was later replaced by Azmin Ali as menteri besar.
“There were many meetings, rounds of negotiations … all done under wraps so as to not offend any party. It was supposed to be concluded earlier but the menteri besar crisis delayed it as the palace was preoccupied," the source close to the palace said.
“This matter dragged on for too long and that was never the intention."
Azmin, in a statement yesterday, said he pledged to have the bibles returned to the Christians as they belonged to them.
He also stressed all parties must respect the status of Islam as the state religion, and that "extremist sentiments, race baiting and religious fanaticism will not be part of the administration of the state".
MIC Youth leader C. Sivarraajh, who congratulated Azmin, said in a statement that the Bukit Antarabangsa assemblyman "found a solution which Khalid could not".
Another source said: “It was not one man's effort. In fact the palace did a lot to reach the amicable solution. The main objective was to send a clear message to all, that religion — Islam, Christianity and others — must be respected.”
He said the confiscation of the bibles was a “sensitive issue that had to be treated carefully”.
“Even the press releases issued
(yesterday) by Mais and the Association of Churches in Sarawak (ACS) had to be worded properly as to not offend any party.”
“Hopefully this will set a precedent.”
The Bahasa Malaysia and Iban language bibles, which contained the word “Allah”, were handed to ACS at Istana Alam Shah yesterday.
Mais chairman Datuk Mohamad Adzib Mohd Isa gave the bibles to Bishop of Kuching, Reverend Datuk Bolly Lapok, during the ceremony. Present at the handing over were Selangor Sultan Sharafuddin Idris Shah and Azmin.
The bibles were returned despite calls by certain extremist groups to destroy or burn the holy books.
Political parties, namely DAP, Pas and PKR, were informed of the negotiations.
“Top leaders from DAP, PKR and Pas have accepted this solution but there is concern that the move (of returning the bibles) may not go down well with some of their members," the source said.
He also did not rule out the possibility of Malay-Muslim hardliners coming down hard on Jais, Mais and even the Selangor palace for resorting to such a move.
“But it is something we have to live with. The end objective is for there to be mutual respect among each other,” he said.

Authorities: It's about respect

KLANG — The return of seized bibles to the Christian community in Sarawak is to respect each other’s religious beliefs, said Selangor Islamic Religious Council (Mais).
Its chairman Datuk Mohamad Adzib Mohd Isa, in a press statement  yesterday, said Mais was commanded by Sultan Sharafuddin Idris Shah to “dispose of these bibles containing the world 'Allah' by returning them to the Association of Churches in Sarawak (ACS)”.
“The return of these bibles is made with the strict condition that bibles containing the word ‘Allah’ are not to be distributed in Selangor, especially to Muslims and these bibles are only for the usage of Christians in Sarawak,” he said.
The statement also said the Selangor ruler expected people of other faiths to respect and protect religious sensitivities of Muslims in the country.
“The distribution as well as the printing of bibles that contain the word ‘Allah’ is no longer done in Selangor as it is an offence under the Non-Islamic Religious Enactment (Control Development Among Muslims) 1988,” the statement read.
In a separate statement, ACS said it was grateful “for the intervention of Sultan Sharafuddin Idris Shah”.
“HRH (Sultan Sharafuddin) and ACS were keen to see an end to the impasse surrounding these bibles containing the word 'Allah' based on a practical and common sense solution which recognised the use and distribution of bibles containing the world 'Allah' is against state (Selangor) laws,” it said.
“It would not have been proper to allow these bibles containing the word ‘Allah’ to be stored indefinitely or alternatively destroyed.
“In this manner, these bibles containing the world ‘Allah’ are being delivered to ACS for their distribution and use within the Christian community of Sarawak.”
The ACS said it accepted the resolution, adding it hoped the spirit of compromise underlying the resolution may be viewed as a step towards enhancing interfaith understanding and harmony in the country.
“Let us work together to respect and celebrate the rich diversity of Malaysians in being able to set an example to the world as to how to live harmoniously together in a multiracial country in accordance with the nation’s laws and constitution,” said the statement, which was signed by Bishop of Kuching, Reverend Datuk Bolly Lapok.
azmin ali bibles jais mais Menteri Besar Selangor selangor palace