Tracie has to change her focus; Farah not happy with numbers game 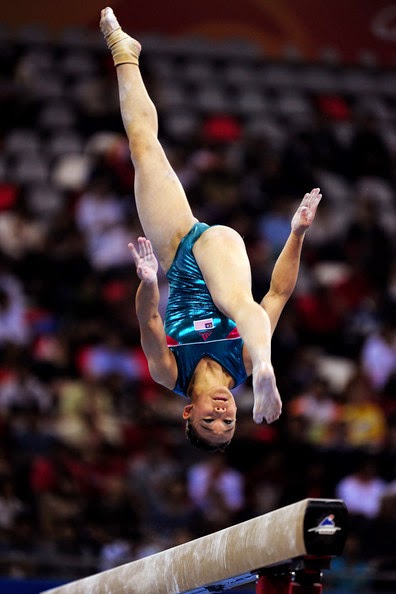 The 21-year-old had hip surgery on Oct 21 in a bid to make the Singapore Games from June 5-16, but has been advised by doctors to rest for six months.

Tracie will now focus on qualifying for the 2016 Olympics.

“My right hip was bothering me for a long time since — since I was a junior actually. I thought it was a weak hip but it turned out to be dysplastic hip (a congenital or developmental deformation or misalignment of the hip joint),” said the two-time World Cup finalist.

“My right pelvis is standing almost vertical and I also have a joint capsule tear.

“After an in depth discussion with my doctor, I think it is best for me to skip the SEA Games.”
Although Tracie is now moving around with a leg stretcher, she watched  the National Artistic Gymnastic Championship yesterday.

“I’ll be using the leg stretcher for six weeks and am undergoing physiotherapy at NSI (National Sports Institute),” said Tracie.

“I came to supports my friends, especially the juniors. I’m used to injuries so it is no big deal.”
Since returning from a seven-month rehabilitation stint in February, Tracie has injured her back twice — in April and again in August during her balance beam routine in the team qualification event at the Glasgow Games which ruled her out of the Asian Games.

“I would do anything for gymnastics so it does not matter if I have to watch the championships with this (leg stretcher).

“I have not achieved my personal best this year but I will try harder when I get back,” vowed Tracie
“Next year will be quiet in terms of competitions for me but I am confident I will be back on my feet and challenging for a place in the 2016 Olympics.”

The 20-year-old dominated the 29th National Artistic Gymnastic Championships yesterday, winning three golds, one silver and one bronze as she was in a class of her own.

Farah won gold in the all-round, uneven bars and floor events, silver in vault and bronze in beam.
“We need more girls to take up the sport as the numbers now is not enough for us to grow,” said the 20-year-old Selangor lass.

“Our base is too small, yet we have been producing some good results. The juniors are improving by leaps and bounds and I saw several potential champions (at the Championships).

“However, the numbers are not there. They need to step up and be given more exposure to shine.
“The juniors did well and I am proud of them. It is a pity the numbers are small.”

Asked about her victories, Farah said: “I was just hoping to give my best and get good results. I am satisfied but could have done better.”
farah ann abdul hadi gymnastics Malaysia National Artistic Gymnastic Championships Sea Games Tracie Ang