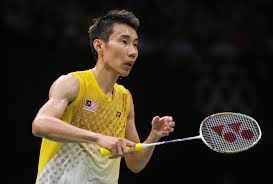 HAS Lee Chong Wei courted more trouble pending his hearing by the Badminton World Federation (BWF) doping panel in December by sparring with national players at Juara Stadium in Bukit Kiara on Monday?

Chong Wei is under provisional suspension after his A and B samples were positive for banned substance dexamethasone – a drug used to aid an athlete’s rehabilitation, which is permitted outside competition because it is not performance-enhancing.

He tested positive at the World Championships in Copenhagen in August.

Although it is only a provisional suspension, BA of Malaysia (BAM) should have known better than create any ripples which may see BWF looking at the situation as a direct defiance of the ban.

Chong Wei’s intentions may be noble – to help his teammates prepare for the Axiata Cup (Nov 26–Dec 7) and Macau Open (Nov 25-30) – but he does not need this unnecessary attention.

For all we know, Chong Wei’s unblemished image – passing 124 tests in 15 years – and the fact the drug was an anti-inflammatory substance could mean he may be let off with only a severe warning.

He should have kept a low profile pending his hearing instead of being seen as if he is taunting BWF.

With the World Anti-Doping Agency (Wada) having approved stricter punishments for athletes found guilty of doping, doubling bans to four years with effect from Jan 1, 2015 the last thing we need is to mess about with the sanctions imposed.

Chong Wei and BAM have to tread carefully until the hearing and cannot afford to make any more slip-ups.

PETALING JAYA - BA of Malaysia secretary Ng Chin Chai says there is no issue of Lee Chong Wei training with the national team while he awaits his punishment for failing a doping test.


The world No. 1 is provisionally suspended by the Badminton World Federation (BWF) after testing positive for the banned anti-inflammatory substance dexamethasone, but Chin Chai says training is not prohibited. The type of punishment to be meted out is likely to be known early December.

“We have directive from BWF, who issued us a letter stating he can spar and train as usual with the national team, so it is not an issue. His suspension is only from competing in tournaments, it does not bar him from the regular training.”

The 32-year-old returned to the courts for the first time on Monday since his doping issue and sparred with back-up shuttler Tan Kian Meng, who admitted he was inspired by Chong Wei’s return.

“Even with all his issues off the court, he still has the drive and perseverance to come back for training. That is a big motivation for myself and the other shuttlers,” said the 20-year-old.

“He also took the time to share some of his experience with me, including tips when I’m leading a game or under pressure. And he has not lost his touch one bit, physically I think he’s still at the optimum level despite not playing for almost two months.