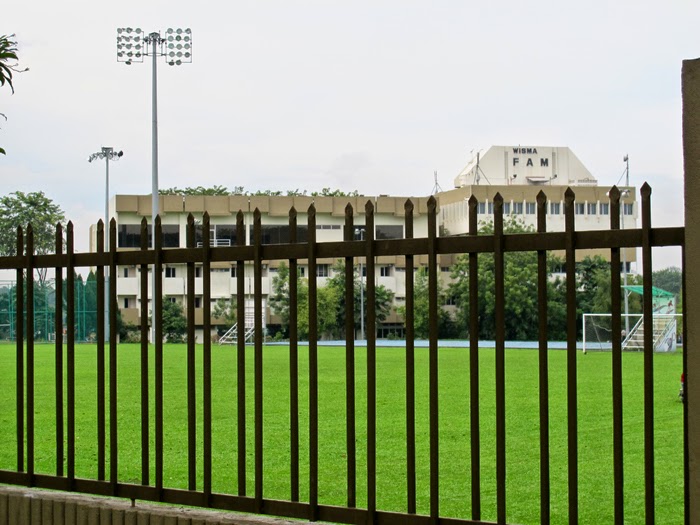 IT ranged from RM400,000 to RM1.2 million.
Observers continue to guess the figure the FA of Malaysia (FAM) will apparently fork out to pay an independent party to evaluate which of the three sponsors they should tie-up with next year.
The competition is interesting. On Aug 26, Malay Mail reported the joint Media Prima-TM bid was around RM70 million per annum, Zenith offered RM75 million while current sponsors Astro was willing to invest RM50 million — RM20 million above its current deal with the national body.
One would imagine a line-up boosted with the likes of professionals, entrepreneurs and even politicians are able to make important decisions in the name of Malaysian football.
With their experience and wisdom, these ‘learned’ individuals should be able to strategise, evaluate and consider options before making the right decision.
However, there is an apparent need to appear transparent — to be seen as fair, eliminating any form of potential bias. Thus the need for the input by an independent party.
This was the case when it was learnt several FAM key officials met up recently. Insiders claimed certain individuals had “lobbied” for this company by backing it when the notion was mooted.
But how much is too much? As critics claim FAM is set to pay RM400,000 to the company, whispers along the corridors of Wisma FAM speak of a sum of RM1.2 million.
“You are right (about FAM wanting to hire a third party). We’re looking at RM1.2 million ... but nothing has been decided yet,” revealed an insider.
Let’s not forget that in 2005, FAM, in an unprecedented move, hired Pricewaterhouse Coopers (PWC) to restructure the association’s administrative set-up and help find a full-time general-secretary.
It remains unclear if FAM took heed of suggestions made by the international auditing firm in restructuring its set-up. What is certain, Datuk Seri Ibrahim Saad, who was part of the interview panel to select the potential general-secretary, ended up succeeding Datuk Dell Akhbar Khan in the hot seat instead!
I asked several football coaches and administrators how would they spend RM1.2 million.
Their responses varied.
“I would spend the money on the national Under-19 team. It will be good to develop them,” said a coach.
“I’d give it to the national women’s football team!” exclaimed another coach.
An administrator replied: “I would rather pay the staff in Wisma FAM. Some are overly paid while there are others griping, claiming they deserve a better deal.”
Another official, cheekily answered: “Let’s start a company, split the cash and we’ll have enough dough to go for a good holiday!”
Regardless the amount — RM100, RM400,000 or RM1.2 million — the question is: Do we need to spend money to evaluate a sponsorship deal?
It must be stressed, once again, that perhaps the intervention of a third party would be seen as FAM upholding transparency before making a final decision. Or it could be a situation of absolving responsibility should things go wrong.
If those behind the supposed company are “football-minded people with vast experience in dealing with teams and clubs”, then it is best for them to run FAM and even the M-League since efforts to privatise the league have now been shelved to 2016.
FAM president Tengku Abdullah was quoted, during an event on Monday, as saying: “We are still discussing the privatisation aspects of the M-League ... give us some time. The privatisation may take place in 2016. We do not want to unnecessary pressure states and clubs.”
For the record, the now defunct MSL Sdn Bhd was formed in 2004. Its formation was seen as a step towards privatisation of the M-League. But, it remained as the commercial arm of the league and ceased to operate last year.
And once again we’re left wondering what is the role of the wise and ‘learned’ decision makers within FAM?
They apparently need a third party to make a decision for the sponsorship deal. They cannot seem to get their affiliates in sync to privatise the M-League.
It is high time these key officials made decisions — not popular, but right decisions for the future of Malaysian football. If money is involved, then it should be spent wisely, protecting the interest of FAM and its stakeholders, including the fans.
One can never please everybody. But tough calls must be made and that, my friend, shows the true charisma of a leader.

Haresh is executive editor of Malay Mail. He can be reached at haresh@mmail.com.my or on  Twitter @HareshDeol
company FA of Malaysia Haresh Says Malay Mail