In the defence of Lee Chong Wei

November 13, 2014
This is by Dr Lim Heng Hong, a former international sports doping control officer which appeared on Malaysiakini. 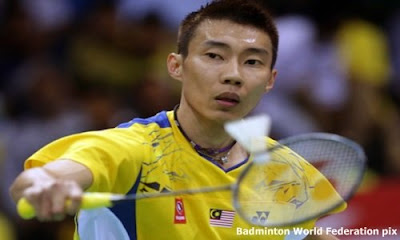 It was in the mid-80s when I first got involved with dope testing in sports. When I was first instructed to test a group of bodybuilders for using performance-enhancing drugs, I headed off to the library to learn how to go about it.

With a little rudimentary knowledge, I sent a letter to a professor at St Thomas’ College in the UK for some radioimmunoassay kits that he sent back to me in quick time. With the help of the radiochemistry department at our Institute of Medical Research, I began this interesting journey into the world of dope testing in sports.

That journey took me to several foreign lands, and many competitions over 20 or so years. I was doing the most altruistic work one can imagine, to catch those who cheat in sports.

I was involved in doping controls in SEA, the Asian and Commonwealth Games and a few other world championships.

Let me say also that the work of a doping control officer is very detailed and simple mistakes can lead to very grave consequences.

In 2005 I threw in the towel realising that there are more pitfalls in dope testing in sports that one can imagine.

Now after two decades, I have realised that I was involved with something that appears fine on the surface, but in reality flawed to the core.

The whole thing about dope testing in sports is nothing more than a giant publicity exercise on the grand stage of world sports, not unlike many of the NGOs in existence fighting for all sorts of imaginary causes and costing millions if not billions of dollars.

Everyone talks about how dope testing helps to weed out the cheats and deter athletes from ruining their health. However, not many people know that there are pitfalls in the entire dope control mechanism. I will enumerate some of these pitfalls.

If an athlete wishes to represent his country, it is incumbent upon him to be aware of the hundreds of banned substances including things like foods which he takes on a daily basis such as coffee and supplements.

Medical personnel including coaches looking after the athlete have to know everything on the list and to advise accordingly.

It’s absolutely impossible to remember all, unless one carries that list with him at all times. Even if he does, he may inadvertently take supplements with banned substances not listed on labels. Asian athletes with their penchant for taking traditional medicines are especially at risk.

There are possibilities of sabotage by other competing athletes by spiking food and drinks with banned substances and though often difficult to prove, it can potentially occur in highly charged rivalries in some sports.

The whole chain of custody requirements is in itself a monumental task to prevent tampering and getting the samples to the testing laboratory in pristine condition. To give you some examples how things can go wrong.

The testing official if unknowingly or accidentally touches any of the paraphernalia used in dope testing such as the urine collecting bottles, the results may be disputed as the athlete can complain of possible tampering.

If the forms are filled out incorrectly, and the athlete is not briefed adequately by the doping control officer or if the athlete notices some irregularities pertaining to procedures, the athlete can sign the forms in protest, and this in itself can lead to arbitration. What I’m saying is that athletes can trick officials into committing mistakes.

Often personnel like chaperones and other assisting officials are hurriedly coached and I have personally observed that many are ill-prepared to do doping controls. A cheating athlete can easily produce a sample of urine, not his own, but by sleight of hand.

To the unsuspecting chaperone, the athlete can produce a sample from his bag, from an accompanying official or even scoop water from the urinal in front of him.

He can produce a sample from a pouch inserted in the anus and connected by a catheter leading to the underside of the penis and I’ve personally caught one athlete doing this.

Chaperones and officials can be bribed right there in the toilet and I had the experience once, of an athlete who was so desperate to win, he offered me a monetary bribe. I declined.

Positive results can sometimes not be announced and kept in total secret by irresponsible and conniving officials especially when they involve their own athletes. This usually occurs in regional competitions involving the lesser-known sports.

There is blood doping, gene doping and the use of designer drugs that are not in the list of banned drugs. Designer drugs are continually being produced in many underground laboratories and are difficult to expose.

Growth hormone is said by some to be even more powerful than anabolic steroids and cannot be adequately tested and it is believed that many professional athletes are using them.

Until such time when all these pitfalls are plugged, dope testing in sports is merely appearing to do good but in reality, a poorly disguised public relations exercise doing untold harm to those who are genuinely not out to cheat.

Over the years, so many have been penalised for testing positive for banned substances and many of these substances actually do nothing to help in their performances.

For those who really plan to cheat by taking substances that will indeed help in their performances, it is an open secret that these cheaters will find a way to cheat no matter what, and many have succeeded without getting caught especially those who apply some of the tactics I just pointed out.

Our own athlete, Datuk Lee Chong Wei (right), was inadvertently given a banned substance by sports medicine doctors to treat a medical condition.

Assuming the doctors felt that the drug would have “washed out” of the athlete’s system before his next competition, it must be remembered that “washed out” times depend on several factors namely, the dose given, the size of the athlete. Also different people have different metabolisms and hence excretion rates.

For this misadventure, he has to suffer irreparable damage to his reputation for the rest of his life.

In hindsight, the Badminton Association of Malaysia (BAM) should have tested him before he left for the tournament.

Indeed they should have also filled up a notification form allowing for certain banned substances to be used for therapeutic purposes to be handed over to the doping control officer at the time of testing.

These are some of the lessons that all concerned should learn. I personally hope that this commentary reaches those involved in the arbitration of Chong Wei’s case and if he is to be penalised, it should rightly be just a warning and not a ban.
badminton doping Dr Lim Heng Hong Lee Chong Wei Sports