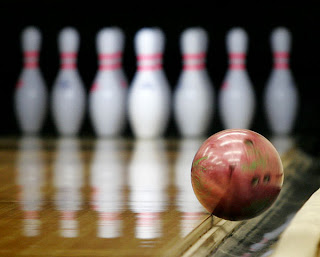 The Malaysian Tenpin Bowling Congress (MTBC) will not be able to see what transpires at the much anticipated Malaysian Paralympic Council annual general meeting tomorrow.

This is MPC's first AGM in five years.

"We spoke over the phone and he told me MTBC can attend the AGM but I insisted we should have something in black and white," said Sidney.

"Then we got a letter MPC telling us our application will only be processed by the new Council and Exco."

MTBC submitted their registration fees on Sept 20, 2011. However, they have been promoting blind bowling for a long time.

MTBC are also involved in the 4th ISBA World Bowling Championships which will begin on Monday.

HD says: So who will ask about the "investment"? Anyone? No one?
MPC MTBC paralympic Sidney Tung