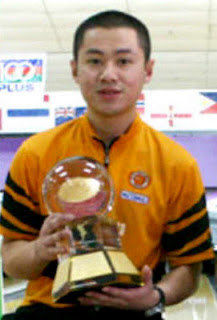 UPDATE (3.00pm): Ambulance arrived at the scene within 15 minutes and not 1 hour as widely rumored.

I was informed that national youth bowler Khoo Beng Khai (pic) passed away early this morning.

According to Pelapis Future Champions, Beng Khai was found in his car in front of Casa 1 before he was rushed to the Serdang Hospital.

Beng Khai was a rising star, as seen here.

HD says: Our condolences to all at home.
bowling khoo beng khai