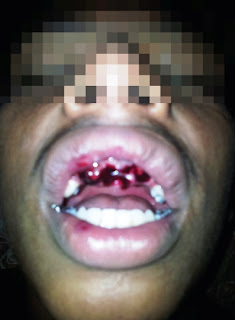 What would you do if your son came home with a badly bruised face and missing four of his front teeth?

That was the situation faced by a Malaysian Hockey Federation office bearer after his son, who turned 14 a day earlier, had allege he was ganged up by several fifth formers for they had thought he had snitched on them.

The police report lodged by the Form 2 lad stated he was whacked because:

"...he was suspected of leading the school warden (in this case a school teacher) to raid their hostel rooms to find syabu and the warden had referred the matter to the Malaysian Anti-Drug Agency."