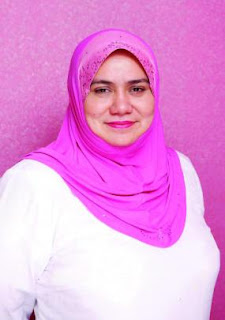 The new healthcare system - 1Care for 1Malaysia - will be managed by a single body.
Many had earlier assumed that if it is run by a single company, it would spell monopoly as seen here. There are those who believe there is nothing wrong with the current system as written here. Several GPs spoke to the author claiming the whole project "is rushed".
It was reported in the NST last year that it will take at least 10 years for the scheme to be implemented but the ministry have broken the time line into several phrases with a bulk of the project being introduced by 2015 with full implementation in 2020.

This was confirmed by deputy health minister Rosnah Rashid Shirlin (pic) who told the author the funds of the 1Care system will be managed by "a single not-for-profit government autonomous agency that will be supervised by the Health Ministry (MoH)".

"The universal coverage already exists in Malaysia whereby people have access to health care and nobody is denied from having the health care services they need," said Rosnah.

"Through the new system, we are trying to widen the coverage."

Rosmah said the 1Care funding scheme will be similar to the "Social Security Organisation (SOCSO) way of managing the funds".

When asked if a monopoly will lead to an abuse of the system, Rosmah added;

"There will be a check and balance mechanism put in place to avoid the proposed system from being abused.
"We are studying, reviewing and learning practices from other jurisdictions on governance, monitoring and evaluation. We will adopt best practices that are beneficial to us and adapt it to our system."
Among the foreign modules the ministry is studying include Australia, South Korea and the UK.

Rosnah acknowledged the scheme “has started” and will be introduced in phases rapidly especially within the next four years.

Members within the working committee said that the blueprint will be completed by 2012 with the scheme starting from 2015 onwards.

"The blueprint for the proposed 1Care for 1Malaysia transformation is still in the making and will be submitted to the Economic Council in 2012 for the decision.

As of now there is no decision on the exact implementation date yet. As the country aspires to be a high income nation by 2020, it is ideal if the healthcare transformation can be implemented by then.

Interestinly, Rosnah is studying the subject matter closely as she is also doing a thesis on the policy as part of her PhD in University Utara Malaysia.

On claims, especially by general practitioners (GPs), that the whole notion is being rushed, Rosmad said:

"The planning, studies and discussions on healthcare transformation or restructuring, as what we call it back then, have been going on for the last 20 years. More studies and discussions will be carried out in the future as we go into the intensive phase of planning for the 1Care."
"The professional bodies including representatives of the GPs are included in the deliberations towards preparation for 1Care through their participation in the various technical working groups. Their input in the discussion is valuable to ensure that the proposal will be a jointly developed and thus feasible for implementation when the time comes," she aaded.

The 1Care for 1Malaysia scheme was initiated by Prime Minister Najib Tun Razak in a bid to transform the health industry for it to be at par with other developed countries. This was reported last year as many had then expected the policy to only be implemented by 2020.

HD says: If 1Care promises 'healthy' returns for the masses, why not?