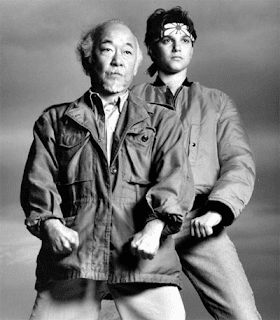 The least the Japanese officials can do to thank us is by hosting a handful of FA of Malaysia (FAM) officials in Japan for about a week.

The Japanese learnt from us to restructure their league some three decades ago.

However, tables have turned.

The Japanese are far ahead - both their league and the national team.

We are still stuck in third gear.

Now our officials are in Japan to learn from the Japanese - as published in today's Mailsport.

Remember the 1984 movie Karate Kid? It's like Mr Miyagi learning how to "wax on wax off" from his protege Daniel LaRusso.

How times have changed.

HD says: Boys and girls, grab your guitars and come let's sing along to Bob Dylan's The Times They Are a-Changin'
FAM football japan