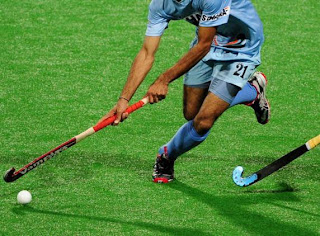 Haven't we seen so many occasions whereby our Malaysians will lead a match or competition only to suffer a defeat when the final whistle is blown.
Our shuttlers suffer from that most of the time and the same excuse whipped up by the coaches and officials is "lack of mental strength".
I'd expect more from professional athletes.
NST's Jugjet Singh, had in the first paragraph of his story Captain marvel needed, said;
MALAYSIA learnt a bitter Indian lesson in the quarter-finals of the (hockey) Champions Challenge I in South Africa, and now have three months to add the missing spice in their game.

He was referring to the match between India and Malaysia. Our national hockey squad were down 2-0 but bounced back to lead 4-2 only to lose 5-4 at the end of the match.
So what actually transpired?
Did our lads lose focus after leading 4-2? Were they complacent and started taking things lightly? Were they 'mentally weak' that they can only concentrate for a short span? Do each player need a shrink so that they can pour out their frustration and console themselves for being 'mentally weak'?
OR
Was it a case of bad tactics employed?
I will give our hockey lads the benefit of the doubt for I was not in Johannesburg to watch the match and get up close and personal with the team.
But I do know for a fact that the general excuse of having "weak mental strength" by most coaches in various sports has got to stop. It's like saying our athletes are erm ..."special"?
HD says: Really hope to see our hockey lads bounce back and produce a better showing.
hockey Malaysia