Go easy on the rewards 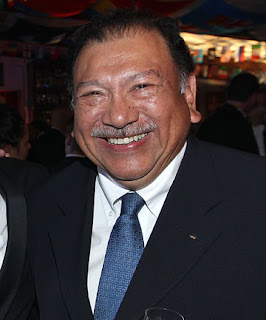 Immediately after the OCM-Carlsberg Athlete Retirement Scheme ceremony at Wisma OCM, OCM president Tunku Imran Tuanku Jaafar (pic) walked towards me saying; "Deol, Mr Haresh Deol, how are you?"
And before I could answer him, the laid back Negeri Sembilan prince said; "Don't you think rewarding our Sea Games winners with so much money is a double edged sword?"
Deja-vu.
Minutes earlier I was in Tony Mariadass's office together with former international Lim Teong Kim who has now made a name with the Bayern Munich football academy. And we were speaking of the same subject too!
Is this a case of athletes being overly pampered that they will only need to set their sights on the Sea Games and nothing beyond?
Read Mailsport's Reward athletes with pensions and Rizal Hashim's Duit, duit...
HD says: Teong Kim is currently enjoying a short break in KL before heading back to Germany.
athletes ocm pensio reward tunku imran tuanku jaafar