It's not funny you know 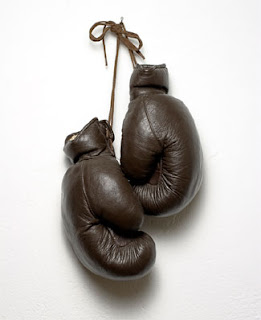 UPDATE 10.00am: Here's the final paragraph of Mazlan's commentary (Part 2) published in Utusan Malaysia today;
Yang perlu diketahui bahawa persatuan sukan dan MOM boleh hidup dan berdiri secara sendiri tanpa MSN tetapi MSN tidak boleh hidup tanpa persatuan sukan dan MOM. Inilah hakikat sebenarnya.
------
I was 16. My cousin and I were on our way back from Bangsar and there was a roadblock near Bangsar Shopping Center.
We got off my cousin's ever reliable Ex-5 as a rather attractive policewoman approached us. She asked for my cousin's identification card, licence and road tax.
My cousin gleefully handed her the documents and tried his luck by saying; "You want to see anything else?"
And her reply: "It's not funny, you know."
She then gave us the green light to leave. We got on the motorcycle and laughed our hearts out. It's something my cousin and I still talk about even till today.
What is no longer funny is the supposed tiff between the National Sports Council (NSC) and the Malaysia Athletics Union (MAU).
Some have even gone to the extent of saying a handful of officials sitting in NSC were appointed solely for being against MAU. That is mere talk, I hope.
However, the Olympic Council of Malaysia (OCM) has stressed that both NSC and MAU must sort out their differences for the sake of the sport. I was told former NSC director general Mazlan Ahmad will also touch on this in Part 2 of his column which is expected to be published in Utusan Malaysia today.
It's not funny ...seriously.
HD says: Let's not be the laughing stock.
Malaysia Athletics Union National Sports Council Olympic Council of Malaysia