Barca, Man U to invade KL. 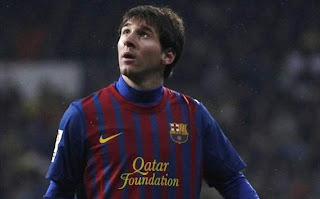 There are efforts to get Spanish giants Barcelona FC and Manchester United to play in KL.
I was reliably informed that verbal discussions have been made about Barca and Manchester United - as reported in today's Mailsport.
However, a source said the discussions are too "pre-mature" and nothing has been finalised. The possibility of Man Utd playing in KL is better though.
Apparently, Barcelona are looking at an Asian Tour this year with China and maybe Indonesia, Malaysia or India as their destinations. The Spanish team held talks with government officials in China and closed a deal with an Internet giant there recently. They were also in India last year to toy with the idea of tapping into the Indian market.
The Red Devils, meanwhile, last visited KL in 2009 and registered 3-2 and 2-0 wins over the Malaysian selection.
It will certainly be a treat for football fans after KL host three EPL clubs - Arsenal, Liverpool and Chelsea - back to back at the National Stadium in Bukit Jalil last year.
HD says: Time to brush up my Spanish. Ola senor Messi...
barcelona manchester united