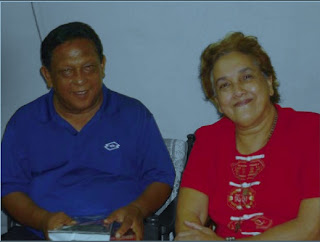 3. The first payment to the insurance company was only made in April, 2011.

5. Kim Leong's wife Audrey McLeod has not received a single cent as she was told her husband was "not insured".

Players and officials in the M-League were not insured for the first four months of the 2011 season.

Read the insurance bungle and a widow in dire straits in today's Mailsport.

What if a national player had died on the field while playing for his state team or club?