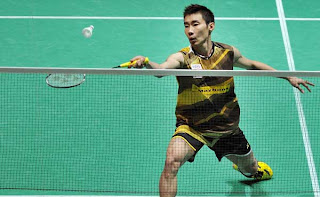 It was a perfect start to the New Year.

That's a good start for the Penangite as he now gears up for another possible mouth watering clash with Lin Dan in the Maybank Malaysia Open which starts on Tuesday.

Had Chong Wei lost in Seoul, I'm sure many would have raised the presumption that he desperately needs the services of former coach Misbun Sidek.

Now that he has won abroad, would the same critics say that Tay Seu Bock and Rashid Sidek still aren't good enough?

HD says: Winning the Malaysia Open would be a treat for Chong Wei ahead of the Chinese New Year.
badminton Lee Chong Wei Lin Dan