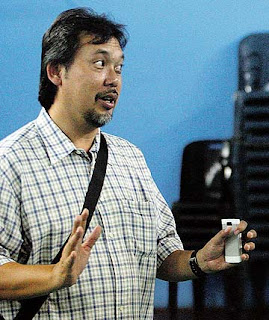 Initially it was just the High Performance Director's job up for grabs.

But judging by the list of applicants and their experiences, the BA of Malaysia (BAM) could have a High Performance Team instead.

Four names were shortlisted from a list of 19 applicants. From that four, National Sports Institute cordinator Lt Col (R) Wong Ah Jit's name was "axed", Razif Sidek (pic) and Yap Kim Hock were interviewed yesterday while a Singaporean with rich credentials in sports will be interviewed today.

There is another candidate but BAM decided to axe him from the list as he has little background in the sport.

But Ah Jit could help the team out in a different way.

Perhaps More heads are better than one, as published in Mailsport today.