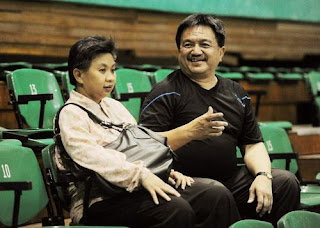 We've heard so much of Zulfadli Zulkifli. He is the first ever Malaysian to be the World and Asian junior champion and won both titles in the same year.

But what about his mother Hanny Pranatyo (pic)?

Just like any other loving mother, Hanny gave up her job to dedicate her life to her three children.

"I’ve sacrificed a lot but I have no complaints," said Hanny.

Read all about Hanny, Zulkifli and Zulfadli as a full page has been dedicated to the family in today's Mailsport.

Note: Pic was snapped by The Malay Mail's Arif Kartono