Why Malaysia can never host the World Cup... 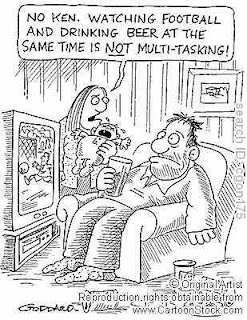 Simply because we don't serve beer in the stadium!
This is not a joke as the Brazilian authorities have been asked to lift their ban of serving beer in the stadium during the 2014 Fifa World Cup.
Fifa General Secretary Jerome Valcke said the right to sell beer must be enshrined in a World Cup law the Brazilian Congress is considering.
"Alcoholic drinks are part of the Fifa World Cup, so we're going to have them. Excuse me if I sound a bit arrogant but that's something we won't negotiate," he said.
Read the full article in BBC here.
We have had problems getting teams over in the past as many of them were sponsored by beer companies.
Liverpool had not visited Malaysia during their Carlsberg days and only flew over to KL when banking giants Standard Chartered took over last season.
This was an issue when Chelsea played at the Shah Alam Stadium in 2008. The Blues were then sponsored by beer giants Heineken. Refresh your memory here. Ironically, there are two big breweries - Guinness Anchor Bhd and Carlsberg - in Selangor.
I suppose Qatar will also be forced to serve beer for the 2022 edition.
So when the next time any politician or official have grand ideas of Malaysia hosting the World Cup, think of beer as it could be the very the reason why Malaysia may never host the event.
HD says: It's not easy hosting the World Cup.
beer Fifa Malaysia world cup