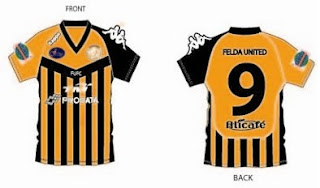 Congratulations to Felda United as they earned a promotion to the Super League next season after netting the Premier League title despite a match in hand.

This comes as a perfect timing as Felda is rocked with allegations that they have gone bust . Nevertheless, there are those who dismiss such claims, adding that their accounts say it all.

Well this must come as a relief to the Felda United players. After all, history has proven that even big spenders like MyTeam, MPPJ and Public Bank were forced to close shop no thanks to monetary woes.

Even FAM debutants Sime Darby have big ambitions. Let's hope that such companies will be able to sustain their teams and not fold within a season or two.

HD says: Spend within your own means. Don't put your money everywhere only to cut budgets or not allowing stints due to "exorbitant costs that will be incurred".