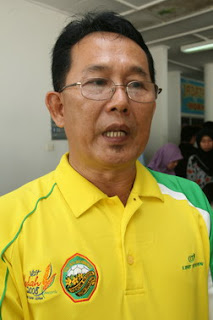 Having coached the Harimau Muda A team during their training stint in Slovakia, he was dragged into a fiasco with the FA of Malaysia (FAM) prompting him to "letak jawatan dengan syarat".

Apparently, FAM had a meeting earlier today. Those close to the author claim that Azraai was said to be incompetent and will only be offered a three-month salary instead of his full salary despite his contract ending in December.

I doubt Azraai will take up the offer. But he needs closure as his phone has not stopped ringing with opportunities in and outside the country.

HD says: The author clearly DID NOT sit in the meeting thus the words apparently and claim. Hopefully, we'll get the true story about the episode soon.