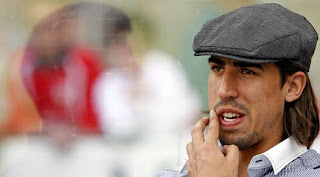 And this will be another good reason for Sir Alex Ferguson to pitch for Khedira as talks reveal that the Stuttgart player could leave the Bundesliga sooner than expected.

In the playoffs, Germany started the ball rolling through Thomas Muller (19th minute) but Uruguay pulled one back through Edinson El Matador Cavani (28th).

Diego Forlan once again didn't disappoint with a spectecular effort (51st) but Marcell Jansen of Germany equalised through a neat header hardly five minutes later before Khedira scored the winner.