World Cup in SEA? What they say... 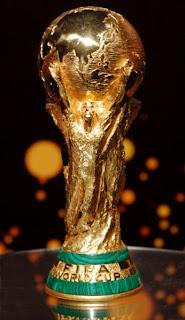 This posting is in response to Sports Minister's Datuk Ahmad Shabery Cheek's statement that Malaysia and Indonesia could join forces to organise the World Cup.

I emailed some of my new found friends around the region on their thoughts about the statement.

"As what the minister mentioned nothing is impossible. So long everyone who is involved is ready to work together, be frank and open in all dealings within the organizing of any kind of mega tournament.

Also IMHO I felt Indonesian's bid was rejected probably of theirs ranking, and being a significant event I really doubt FIFA is OK to have a host nation(being one of the seeded teams) to be walloped.

However, if ranking is not a concern then areas like basic infrastructures, etc. must ready to host such tournament, such as the ease of access to transportation, security and others."

Jonny was kind enough to share this story with us.

To top it all, JakartaCasual's A.Sutton decided to blog about his opinion. Read it here.

HD says: I strongly believe the same time, money and energy be used to beef up Malaysian sports. We hosted the 1998 Commonwealth Games..how has that elevated Malaysian sports?